Prohibition began as far back as 1914, and the “war on drugs” that we’ve failed to win dates back to 1971. We have decades of standardized education regarding the risks of substance use. Meanwhile, STAT forecast research shows we’ve spent the last 30 years actually creating the opiate epidemic.

**WARNING** Sarcasm ahead! Read at your own risk

Wait for it…. the President has had an idea!

“This was an idea that I had, where if we can teach young people not to take drugs,” Mr. Trump said, “it’s really, really easy not to take them.”

I’m embarrassingly uninformed regarding current events. In fact I usually only follow the news via SNL’s “Weekend Update”. But my brain has been on high alert as the phrase “Opiate Crisis” is popping up all over the media. The topic hits very close to home for me…not to mention the homes and families of the at least 100+people that died yesterday, the 100+people that will die today..another 100+ tomorrow…. all from overdosing on opiates. And that number is rising exponentially.

But wait… we have a solution….

We need to educate the YOUTH!

If only someone would have told me as a child….

“This is your brain on drugs”

“Drugs and alcohol are addictive”

It would have been “really, really easy” for me not to take them! 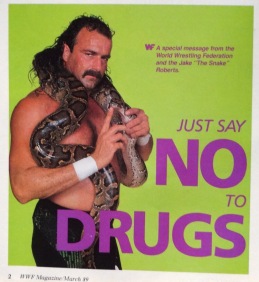 We’ve been talking for a long time, and we’ve recieved a lot of eductation. Prohibition began as far back as 1914, and the “war on drugs” that we’ve failed to win dates back to 1971. We have decades of standardized education regarding the risks of substance use. Meanwhile, STAT forecast research shows we’ve spent the last 30 years actually creating the opiate epidemic. 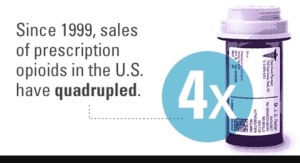 Prior to my own misuse of opiates, I was not ignorant in the least. At 12 years old I was a star pupil of the DARE program – Drug Abuse Resistance Education. As the middle child in a middle class family with two very distinct role models – one parent conservative but a functioning alcoholic, one religiously teetotalling – I was well aware of how “wrong” it was to drink or do drugs. There was no doubt in my mind that the first time some “bad guy” tried to offer me a joint or a swig of beer, I would recite the script “No, that’s not good for me!” and then run away and tell an adult. I was also certain that sex before marriage was wrong, and that I’d be a pure shining virgin until I was wed to the one true love of my life. (eye roll, laugh track here)

By the time I was 15 I was a daily weed smoker (or as often as I could manage), taking LSD after school and on the weekends, and could drink more Schmidt Ice in one sitting than most of the boys I knew. Oh yeah, and then I was pregnant. So much for a good solid education.

Fast forward to 30 years old: having graduated with honors and a bachelor’s degree, I’d worked as a registered nurse for almost a decade. My education included years of pharmacology, anatomy and physiology. I was knowledgeable in both theory of how addictive chemicals affect our physical bodies and mental capacity, and intimately aware of the consequences to our social and personal lives. My uncle had died of a heroin overdose and I’d grown up knowing many of the grim details of his lifestyle, likely to ensure I would understand the risk and not follow in his footsteps. Alcoholism was understood as a complicated mix of disease and choice from the time I was in grade school. The demographic I’ve worked with for over a decade in the hospital is widely affected by alcohol, methamphetamine and narcotic addictions of all kinds. 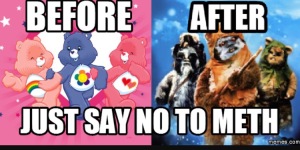 The cumulation of this knowledge did not prevent me from choosing to drink heavily during a few key stages of my life. Nor did the facts regarding usage, dosage, side effects, mechanism of action and pharmacokinetics stop me from accepting the vicodin prescription my doctor offered. (In fact we could argue for the point that my knowledge as a nurse contributed to my use, and a false sense of security regarding risk of abuse. We’ll do that another time here)

None of this information made it “really really easy” to not take these drugs, or to not abuse them along with with copious amounts of alcohol when I felt overwhelming sadness and chaos in my life.

Drugs and alcohol are not the problem – they’re the solution to a myriad of emotional, spiritual and psychological problems. At 14 years old my home was in turmoil and my life felt out of control. Before I had ever even seen a leaf of weed in real life, I had tearfully whispered to my shocked boyfriend in church youth group that I was “thinking about trying marijuana and maybe some alcohol”. Even before inhaling, I knew these substances were meant to offer some type of relief for my suffering – no matter how dangerous or temporary that relief may be.

I would do anything to avoid, change, or escape my problems, and self medicating offered an instant reprieve. It was as true at 14 as it was at 34.

Trauma, insecurity, low self esteem, lack of coping skills, genetics, upbringing, physical and emotional pain, and access to addictive substances created  a perfect and potentially lethal storm. Though I’m no expert on the subject in general, I consider myself quite brilliant concerning my own experience of addiction and I have a hunch that this storm is the usual, not the exception. Gifted humans exist that decide never to imbibe after witnessing a friend or family member struggle. Others try once and have a horrible (or amazing) experience and realize it’s in their best interest never to repeat it.

The people with insight and ability to avoid the path of chemical dependency are not the people who need the advocacy now. It’s the 21.5 Million other Americans over the age of 12 that we need to go to battle for. Its this demographic that needs an intervention on a national level.

We have education. We have awareness. We have statistics and overdoses and funerals to prove that there is an opiate crisis of epidemic proportions in our nation. The solution is not to create more billboards and pamphlets educating “the youth” about the risk of drugs. This doesn’t begin to address the vast percentage of Americans over age 65 that abuse prescription medications. Or the fact that providers continue to prescribe opiates for inappropiate diagnoses because they receive compensation, and that anyone can login to the computer and order fentanyl to their front door.

We need a plan that is realistic and effective, so that in 2018 65,000 more of us don’t die in preventable overdoses. I don’t have answers, but I do have some thoughts….

First off: Purdue. The history behind Oxycontin is sickening, and is one major contributing factor. They must be held accountable. Eliminating China’s ability to mail us death in the form of fentanyl could make a dent in the issue, as well as reducing providers authority to prescribe, and aiming research towards NON addictive and NON pharmacological pain management.

We also need to start having conversations about WHY people are reaching for drugs and alcohol to escape from life in the first place. Instead of telling a group of kids in 5th grade to “Just Say No”, start screening for risk factors. Teach coping skills, compassion for self and common humanity along with mindfulness based stress reduction at an early age.

Consider using the currciulum from recovery programs (including but not limited to 12 step process) as a template for preventative education, so that teenagers have cultivated life skills before drugs ever enter the picture.

It’s critical that we eradicate shame and stigma, so those who are hurting are empowered to seek help long before the problem is life threatening.

In addition to prevention we need access to treatment for those who are suffering now. Despite having great insurance, I paid thousands out of pocket for OUTPATIENT treatment. Finding a chemical dependency counselor in the beginning was a struggle, and when I did find the perfect fit, she was “out of network” and I had to bill the insurance myself for partial reimbursement.

Insurance companies believe that all addiction is the same and can/should be treated or cured within 12 one on one outpatient counseling sessions and/or 28 days at an inpatient facility. Treatment centers falsely advertise and oversell an underwhelming product. We need to demand rigorous honesty from treatment facilities as well as individualized treatment plans where you don’t have to beg for authorization for one more session with your counselor.

It may seem idealistic and near impossible, but it’s a cause worth fighting for. How many of you can say that some form of addiction or substance abuse has affected your life… whether yourself, your family or friends… in some way? I’d be surprised to see one person say no.

This last year, as I admitted to a loved one how serious my condition was, he shook his head in disbelief (and fear masked as disgust) and said “But you could have died! You didn’t even think of me or your family.”

It’s true. I could have died and I didn’t think. I’m an addiction statistic, and I was likely one miscalculated dose away from becoming a number on a graph on STATnews.com. It could have been me, with a way one way ticket to overdose land, and it could have been my family writing the obituary requesting donations to a recovery center in lieu of flowers. 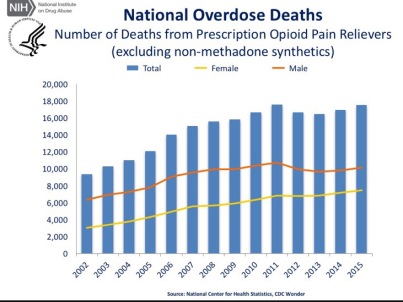 As we look down from our very high horses, it may not always be easy to believe that this problem affects us. We see “addicts” as the “others”….only the stupid, lazy, weak, repulsive, trashy, or otherwise inferior would join this group. These stereotypes and biases foster an attitude that may lead us to believe prevention and treatment for the “others” is a waste of money and effort.

But if you believe that, you believe that my treatment is a waste. You believe that I don’t deserve every chance and opportunity to be a healthy, contributing member of society. Addicts are not irredeemable – but they can be really unwell and have serious challenges and barriers to achieving recovery. Many of the “others” that you see on the street started with a prescription for an opiate, and every single one of them started out their life like you, as an innocent child.

Awareness. Prevention. Education. ACTION. There are lives counting on it.We didn’t wake up one day wishing it was this way, but the truth is, for many of us, it’s really, really HARD to not take drugs. 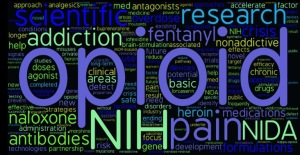 HOW YOU CAN HELP:

One thought on “If Only I hadn’t Slept Through D.A.R.E class…..”